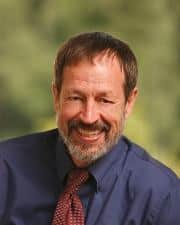 Our next volunteer is a little different because he is the unique position of being on both sides of the association world: as a professional for a large national association and as a volunteer for his state association. As he puts it…

When you are on both sides of the fence, as an association volunteer and as an association professional, you see the complexity of it even more. When you work for an association you approach things one way; yet when you’re a volunteer, you see it from a different perspective. I appreciate the richness of that experience.

Meet Chaz Miller, Director of State Programs for the National Solid Wastes Management Association, a North American trade association representing for-profit companies in the waste services industry. In his spare time, Chaz is an active volunteer with the Maryland Recycling Network (MRN), a Maryland based association of individuals and organizations whose mission is to promote and practice the 3 “Rs” of recycling. Chaz’s volunteer experience as includes past positions with ASAE –The Center for Association Leadership on the CAE group and the Government Affairs group. But it’s through NSWM and MRN, that Chaz, a long-time advocate of recycling, has found a way to contribute to his personal mission on both the national (NSWMA) and local levels (MRN), proving that one person can make a difference.

Chaz’s involvement with recycling (both professional and personally) began years ago, and so it only seemed natural for him to look to any organizations that centered on recycling issues. Enter the Maryland Recycling Network (at the time known as the Maryland Recycling Coalition), a state organization dedicated to promoting recycling in Maryland. Chaz joined in the early 1990s not only because he already knew firsthand how valuable associations can be in advancing a cause, but also because MRN focused on his home state. As with most future volunteers, his involvement was initially limited to membership and to attending the annual conference. By 2000, however, he decided to be more active and offered his services to the board. His decision was based the desire to make an impact in his state, and a desire to influence the very people who had power to help his state…the policymakers in Annapolis.

While his ability to have a voice in recycling issues around the state is the main incentive for his involvement, Chaz is quick to say that it’s the people he has worked with over the years that keeps him motivated: “Personally, it’s the satisfaction of being involved with a group of people who share the same professional and personal interests and who want to see—in this case recycling—improve and advance in the State of Maryland.”

And Chaz’s enthusiasm for MRN is not displaced. In the last few years, the annual MRN conference, held jointly with the Solid Waste Association of North America (SWANA) has drawn approximately 150 participants as well as 25+ exhibitors and sponsors, all involved in promoting recycling and reusable energy. When not planning for the conference, MRN offers webinars to its members on variety of educational topics. In 2009, MRN refurbished its website to include all the latest news in recycling as well as legislative updates, and a recycling resource center available to both members and the general public. To further promote its mission, MRN partnered with Keep America Beautiful for Recycle Bowl, a nationwide recycling competition for elementary, middle and high-school students; and began promoting recycling events such as America Recycles Day and the Maryland Department of the Environment’s “Rethink Recycling” Sculpture Contest, a contest open to high school students from around Maryland. Quite an accomplishment!

Chaz hopes to continue volunteering with MRN for a while longer. But, as one who comes from association management, he also recognizes a big problem many associations face is that the same people volunteer year after year, a trend that can eventually lead to stagnancy: “You really need turnover. You need new ideas and new people, and I think that is a challenge that we are clearly facing.”  He is quick to add that he is very pleased with his successor to the presidency, Tanya Adams, Recycling Coordinator for Cecil County Recycling. Tanya has only been on the board for three years, and her rise to the top position is a sign there are fresh faces and fresh ideas coming to MRN. When told of Chaz’s praises, Tanya stressed that it’s been the support of the current board and directors that has propelled her to her current position. Proof that an association with vision and a strong support system can power on.

Finally, Chaz believes that for associations to be truly successful, they must have the right resources in place. Remember, Chaz’s day job is Director of the State Programs for the NSWM, so he has experience on the business side of associations as well as the volunteer side. In fact, MRN has been especially fortunate that several of its board members have been professional involved in working with associations, which gives them a unique perspective once they move from the professional side of the association world into a volunteer position within an association. As Chaz explains, associations don’t work like most businesses, so they have to be approached a bit differently. Having the right management handle the business side, whether it’s with volunteers or an association management company, becomes very important in allowing the board to focus on its mission and be successful.

Like many of our volunteers, Chaz’s final advice is simple: whether you are talking about your professional or personal life, always follow your interests. And while he believes that the word “passion” is overused, he admits it does describe what he is saying:

Have a story to share? Or someone whom you think we should highlight? Email me at cblattau@marinermanagement.com. And don’t forget to check out the AssociationVolunteers! Facebook page.

« Random tips, a few ideas and maybe a helpful thought
A Busy November »