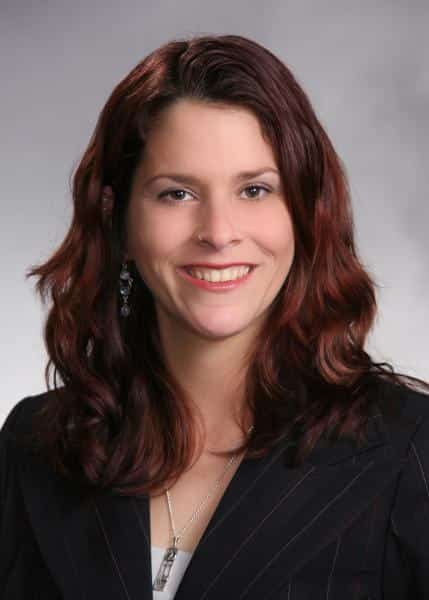 It’s been a while since we posted our last volunteer story, but that doesn’t mean we haven’t been listening!

Say hello to Davida Breier, fulfillment specialist with Johns Hopkins University Press who volunteers for the Independent Book Publishers Association and the non-profit independent publisher No Voice Unheard, offering her expertise in publishing and marketing to help promote the missions of both organizations. Davida feels truly lucky to be in the position where her professional life and volunteer activities are directly related.

In many respects, what I learn from one volunteer experience often has a direct application to the other or to what I do by day. Likewise, what I do by day helps with what I’m doing in my volunteering. I just happen to be in a position where they all have some crossover.

On the professional side, Davida is an active volunteer with the Independent Book Publishers Association.  She first became affiliated with IBPA in 2003 when she attended the Publishing University (a conference that provides new and seasoned independent book publishers with educational opportunities). Before long she became an active volunteer for the association, and in 2010 was nominated for a board seat where she has served since July of that year. The seat is a two year position with the option of serving for two terms.

As Davida explains, the board is very much a “working board.” And work hard is what Davida does. She is currently on the Communications Committee and working on revamping the website, which includes incorporating a new membership management software system into the website. She also—take a deep breath here—writes articles for the association magazine, helps coordinating sessions for events such as the IPBA Publishing University, and works as a photographer documenting events such as the recent 2011 Book Expo America. (Both events were just held in May 2011.) In short, her volunteer duties cover “whatever’s needed in addition to whatever skill sets I can throw at a problem.” An example of the consummate volunteer.

Her reasons for being so involved with IPBA are directly linked to her passion for independent publishing and writing, a passion that she comes by naturally—her mother was an independent book seller—and something that has continued to be her focus both personally and professionally. She puts it this way:

I really do see the importance of independent and emerging voices, and this has fit in with a lot of what I do on my own time. As it pertains to IPBA, I really like helping independent publishers, and IPBA is about advocating for and educating these publishers so that they are able to learn about publishing.

Admitting that the publishing industry is an “odd industry,” Davida also stresses the importance of mentoring. She wholeheartedly believes that she wouldn’t be where she is now without the help of those who offered her the opportunities to advance, or who taught her what she needed to know to be successful in the industry. For Davida then, volunteering for IPBA is a way of honoring all who have helped her achieve her goals.

Like so many of our volunteers, Davida doesn’t just lend her time to one organization. Along with her work life and her professional association life, she is also an animal rights activist. This passion led her to No Voice Unheard, a non-profit publisher dedicated to promoting the humane treatment of animals, where she currently serves on the board of directors as well as lends her skills as a photographer and writer.

Davida’s involvement with No Voice Unheard came quite unexpectedly. She was the sales and marketing director at Biblio Distribution (2003-2008) when the organization came to her with its first book, One at a Time: A Week in an American Animal Shelter, a compelling look at life in an animal shelter. Having been involved in rescue work and animal rights, she was moved by the mission and soon secured the contract. A contract for a second book, Thought to Exist in the Wild: Awakening from the Nightmare of Zoos, followed.

Based on the success of the first two, No Voice Unheard came back to her for advice on a third book, Ninety-Five: Meeting America’s Farmed Animals in Stories and Photographs. By this time, Biblio had been sold, and Davida was working as the marketing director for National Book Network (sister company of Biblio). A vegan herself, she wanted to become part of the project, so she served not only as account manager and distributor, but also contributed to the content as a photographer and a writer. In January 2010, after Davida left National Book Network to work for Johns Hopkins University Press, she officially joined the No Voice Unheard  board where she currently handles marketing and social media.

Davida says that working with No Voice Unheard has given her more than just the chance to promote the rights of animals; it has also taught her things about niche publishing that can be applied to her other work. Likewise, working with IBPA has exposed her to people from all over the industry, giving her the opportunity to learn from her peers as well as contribute to the learning of others. Lessons she can take into her professional life at Johns Hopkins University Press and vice versa. One of the many advantages of association volunteerism.

Clearly, 2010 was a busy year for Davida as she began a new job with Johns Hopkins University Press, joined the board of directors of No Voice Unheard and IPBA, and helped publish Ninety-Five: Meeting America’s Farmed Animals in Stories and Photographs. Yet through it all, Davida continues to recognize the important of being involved in volunteerism.

For me, as it’s often said, I get as much out of it as I put into it. I truly appreciate the help that I have had, and I think it’s necessary to help others in return. In doing so, there is a far amount of karma because I’m learning constantly and finding ways to take from one thing and apply it to another. Whether it’s to help myself or another publisher, or simply to have a network where, if someone comes to me asking for help, I know whether I can help or who to send them to.

It keeps building upon itself. The more I do, the more I get out of it, and the more it helps me and others.

You can’t argue with that.