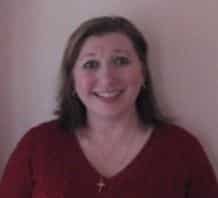 This time, we talked with a woman who broke through stereotypical gender roles to become the president of a trade association in a predominately male industry. Jean Maisel, office manager of JDL Electric Company, Inc, is the 2010-11 president of the Independent Electrical Contractors Association-Chesapeake Chapter, a 2-year position in which she is determined to make a difference.

My fortune has been to have wonderful mentors throughout my life and to be part of an industry that is trusted with preserving our past, renovating the present, and building the future. Being an active member of my trade association is the best way to contribute to this mission.

Jean became involved with the association world at the urging of her first employer, Don Kirk from Windsor Electric. As a woman, Jean was a minority in the construction industry, and Don, believing it would be beneficial for her to meet other women in the industry, asked her to join the Women in ABC, a committee of the Associated Builders & Contractors Baltimore Metro Chapter. During her tenure on the committee, Jean realized that women have a viable place in the construction industry, and in time, she redeveloped the committee shifting the focus from just organizing social events to reeducating women on the many ancillary careers available. It proved to be a worthwhile experience. Through her efforts, Jean was awarded Woman of the Year in Construction in 2007, the first time the award was granted by her chapter.

Jean credits her many colleagues with her success as an association volunteer: “There are those who encouraged and supported my involvement, those who showed me how to be an effective committee chair, and of course those who had the patience to teach me the ins and outs of the industry.”

In May 1998, Jean went to work for JDL Electric. Don Kirk, although no longer her employer, encouraged her to learn more about the Independent Electrical Contractors Association. Spurred by her experiences with ABC, Jean joined IEC Chesapeake Chapter membership committee in September 2000 and helped to revamp the Chapter’s administration. In addition to her time on the membership committee, Jean has served as secretary/treasurer and vice president, and in 2010, began serving a two-year term as chapter president.

As president, Jean looks to continuing the important work IEC Chesapeake does, especially apprenticeships and continuing education for licensed electricians. “The association’s main focus is the education for people new coming into the industry as well as those already in the industry. The importance of meeting continuing education requirements and staying up-to-date on regulations and safety standards – which are constantly changing – drives this focus.” This past summer, she was pleased to announce that the 2010 IEC Chesapeake Apprenticeship graduating class was the largest and most diverse group to graduate to date. It’s a crowning achievement for an association so dedicated to education.

When asked about her success as an association volunteer, Jean looks to her upbringing as the only girl in a family of five siblings: “There’s no doubt that growing up as the youngest of five and the only sister to four older brothers helped to prepare me for working in this predominately male industry. I was born a princess, but my four brothers quickly taught me how things really are.” Lessons she still remembers and uses today.

« My New Years List – with a little help from friends
Two Threats to Associations, One Good Counter »