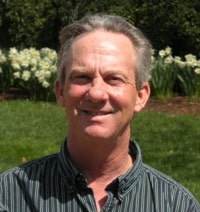 Our next conversation celebrating the association volunteer (read more here) is with Don Boucher, Sr., SRA of Boucher & Boucher, Inc. who currently serves on the board of the Washington DC Metro Chapter of the Appraisal Institute (AIDC). He is a long time appraiser (37 years and counting) who believes that if you want to be a positive influence in your industry then you must become involved with your professional association at some point in your professional life.

During the first decade of the 21st century, the appraisal industry began to undergo many changes, and Don felt not enough was being done to protect the appraiser. These changes coupled with the looming housing crisis and the nation’s economic woes spurred Don to reconsider his commitment to association volunteering. After all, if he wanted things to improve for the appraisal industry then he needed to step up, if only for four to six years, and become an active representative of the people he loved and the profession he respected

Don now serves at two levels. Locally, his positions on the board of directors of AIDC have included director (he’s currently in a three year term), 2009 chapter secretary, and 2010 chapter treasurer. Nationally, he is the Regional 6 representative to the Government Relations Committee of the Appraisal Institute (AI) dealing with legislation and issues that will affect appraisers across the country.

Don’s appreciation for the association volunteerism goes deeper than just his service. “Life is about relationships,” he says, and it’s the relationships he’s developed as a result of his involvement with AIDC that has made it all worthwhile. He especially enjoys meeting people new to the industry and those working towards their designations (MAI, SRA or SRPA). He told us about one colleague who obtained her SRA at age 50. Amazed by her tenacity, Don became her staunchest fan: “I was encouraged and amazed how she hunkered down to get her designation at a later age in life. When I saw that I just immediately went over and told her she was my hero. It’s just so encouraging when someone accomplishes something like this.” They are great friends to this day.

Don estimates that between his responsibilities with AIDC and his position on the Government Relations Committee with AI, he spends easily an hour each day responding to the approximately thirty e-mails he receives. Combine this with the meetings and conferences he attends, he probably dedicates around 50 to 60 hours a month to his association volunteerism responsibilities. And it’s worth every minute.

So what final piece of wisdom does Don impart to others considering volunteering for their professional association?

“If you really care about your industry and you want things to happen that are positive, you have to devote some of your life and give back for those positive things to happen…You’ve got to get involved at some point, even if it’s just making a four year commitment. Make the time…make the commitment…do it. Because if you just sit around and don’t do anything, when things go badly, you have nobody else to blame but yourself.”

« #ASAE10 Here We Come
The New Role for Volunteer Coordinators »