An A+ for this Leadership Development Workshop 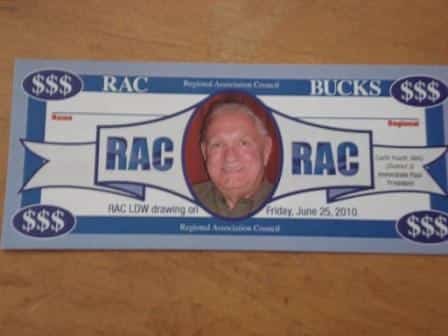 The Promotional Products Association International (PPAI) hosted the 2010 Regional Association Council’s 11th annual Leadership Development Workshop (LDW) last month in Grapevine, Texas. And while it was focused on its 175 executive directors and volunteer leaders from all 28 regional associations, it offered lessons – and lots of ideas – for associations which are planning leadership conferences.

I had an inside view and the opportunity to give the keynote Back to the Future for Associations and a break-out session The Secrets to Creating an Exceptional Volunteer Experience.  I took away so many great ideas on logistics, on involving the members and leaders in the planning and the event, on managing volunteers and more. And I relished the opportunity to be at a volunteer and staff event that had an abundance of energy.

There were so many reasons for that energy. According to PPAI’s Senior Manager of Regional Relations, Laura McKinney, CAE, the huge hit this year were “the First Timers Buttons … and we will build on that success with a First Timers Orientation in 2011. I would suggest this small but powerful piece to anyone putting on an event. It engaged our first timers very quickly with each other, the RAC Board, the not-so-first timers and the presenters.”

Laura was an instrumental force in the event and is someone any components relations person should chat with if you are interested in building a great program and relationship with regional organizations.

Here are some of things I picked up from the event and Laura:

The entire event earned an A+.

« Beyond the Quiz
Volunteering Made Easy »