How a birthday points to succession planning 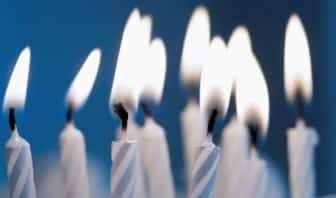 There are really two times a year when I dare to ponder the question of mortality: New Years Eve and my birthday. Both days cause me to consider how far I’ve come and how far I’ve yet to go in so little time left. This inevitably pushes me to set forth goals (habit changes really) for the year ahead.

So today is one of those days. I started this post with saying I am officially past the half way point at 56 because I see being 100. For some silly reason I wondered just how far off of 100 was the age expectancy. Well, according to a National Geographic map, my life expectancy is 83. If I lived down the road in Baltimore, its only 80.6. I prefer the Social Security Administration’s Life
Expectancy Calculator because as of today, I should live to 85.7 and if I make it to 70, I can live to 88.1 (oh this is fun, check it out!). Of course there are mountains of ideas on how to extend your life expectancy, so maybe 100 isn’t out of the realm of possibility for me. After all I have avoided the 5 unhealthy habits that steal life expectancy.

I do have a common fear of aging though – and that’s declining. I’m not alone according to an article this week in Slate which suggests that while we believe people can and will live to 120, 60% don’t want to live past 90. That is if it means living a frail life.

Ok, so what’s the point already? Succession planning. This all started with me asking how do I live out my goals in the time I have left. Well, if I spend just a bit more time thinking about “who” rather than “what”, it won’t matter if I’m around. The really important stuff – when it’s a shared goal and you help others take on roles and responsibilities – will get done.

We had a conversation with an incoming chapter president today. It was a serious talk about the fragile future of the chapter. We are trying to help the president lead the chapter into a new era. My partner said it’s not about you and your year, it’s about the team and the future. It’s about what are you leaving and how are you helping those coming after succeed.

So, guess this year will be less about me and more about who I’m traveling with  and where we’re headed. How about you?

« Time for a little housekeeping
#ASAE13 Marks 10 Years of Learning »