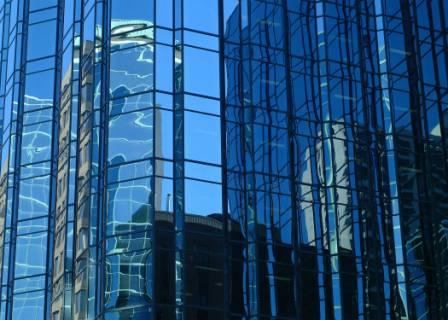 Have you heard about the building in London dubbed the “Walkie-Talkie” that reflects the sunlight in such a way that it has actually warped parts of a car? That the reflection makes the street so hot, you can fry an egg? That it has damaged the front of several shops, including starting a small fire on a welcome mat? (Check out CBS This Morning‘s take.)

What’s even more astonishing is that this isn’t the first time this has happened. Apparently, the architect that designed the London “Walkie-Talkie” designed a building in Las Vegas that had a similar problem. In that case, the reflection from the building, which became known as the “Death Ray Hotel,” melted plastic cups and singed the hair of guests on a poolside deck nearby.
Didn’t this architech learn anything from his own history?

Back to the “Walkie-Talkie” building in London. To help with the situation, which lasts about 2 hours each day and is seasonal – depends on the location of the sun – owners of the building have erected scaffolding on the streets below. Quite unsightly and certainly only a temporary fix. No word on what the permanent solution will be.

This reminds me of how some associations keep making the same mistakes over and over, ignoring past fiascos. Once they are knee-deep in, they will, like the owners of the London building, attempt to ‘erect’ some type of temporary fix to ‘shelter’ the problem while trying to figure out how to solve it in the long run. Of course, the real question is not how to fix the problem, but how to avoid making the same mistake that led to the problem in the first place.
Sometime, there is just no excuse.

Creativity is allowing yourself to make mistakes. Art is knowing which ones to keep. Scott Adams via BrainyQuote.