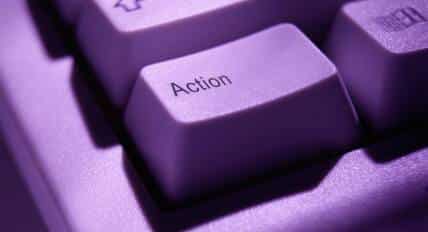 A group of volunteers hit it out of the park last night! This group put their minds, energy and creativity together to save an event and were successful. It is testament to three critical pieces in volunteer management:

The Public Relations Society of America’s Maryland Chapter hosts an annual Best In Maryland program and event which has in recent years been suffering from a malaise compounded by struggles for the chapter to “find its feet.” Based on member feedback and comments, the chapter board pinned its hope on bringing the shine back to the event as a way to get renewed focus and energy on the chapter.

On December 5, 2013, the Best In Maryland Awards Gala broke records, sold out the Gala and generated a vibrant buzz in social media and local press. The team also exceeded its goal for award entries. How?

Leadership – David Harrison, Harrison Communications, provided leadership that both guided the team and gave the team freedom. For example, A. Bright Idea’s Anita Brightman took the event design – from print materials to gift bags to event decorations from a concept to execution and David just got out of the way.

He also insightfully knew that success would happen one connection at a time and so one of his first steps was having the team pull together a target list to call and invite to submit an entry. These personal conversations not only generated interest in the program but jazzed the committee and primed their excitement.

David is adamant in saying we were successful because of the team – and yes the team did deliver. A great leader is still the secret sauce.

Clearly state goal and deadlines – Right from the start the team had its timeline and its goals. We kept a shared spreadsheet that helped track items. Sure, we fudged a few deadlines. Yes, a thing or two got dropped. Nobody’s perfect – but then no plan is either. The key point is that we had a shared focus. Plus, we were able to build in small celebrations, like when we made the goal for entries or selected the awesome Hotel Monaco for the event, that keep the team’s energy high.

Mission-driven assignment – This is the biggie. Everyone on the team knew that this was an opportunity to bring a meaningful program back to life and to become a rallying point for the PR community. Plus, each saw individual opportunities to learn, build experience, grow their contacts and – in the case of at least one person, Wendy Isett – win accolades for their own work.