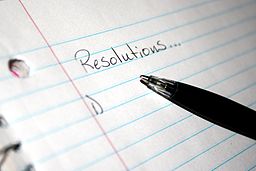 The year is almost done, which means many of us are starting to ponder our New Year’s Resolutions (again!). We’ll spend the coming days in quiet reflection on where we failed in 2014 and how we can better ourselves in 2015. Whether it’s making changes to our physical, mental or spiritual well-being, we’ll forge ahead with a list of resolutions written in the spirit of renewal. And we swear that this time, we’ll do it all!

Unfortunately, we all know that the failure rate for resolutions exceeds most success rates. I wonder if it isn’t partly because we often dwell on the negatives from the past year in hopes of improving on these faults and in the process, ignore any successes we did have. But I say this year, let’s switch it up a bit.

This year, let’s not focus on what we didn’t accomplish, but rather on what we did and find ways to continue to build on these successes.

Associations should take this time to do the same. Boards should look at those areas where the chapter achieved its goals. Ask questions such as where and how did we engage the most members? What did members say they liked most about the past year? What events worked and why? How did we retain our volunteers, or when did and what sparked most volunteers to raise their hands?

Take PRSA Maryland’s Best In Maryland awards program. In 2014, the Chapter focused on its success from 2013 to achieve greater success in 2014. For more than 50 years, The program has celebrated the best of the best in Maryland PR. For most of those 50 years, the awards were presented during an all-out grand affair- the Best In MD Gala. However, in recent years the awards program was combined with the annual conference with the awards presentations taking place at a luncheon. It was still successful but had lost some of its glitter. In 2011, the Chapter returned to it to a stand-alone event, albeit a modest affair, and in 2012, shifted the focus entirely.

Then in 2013, the Chapter took another look at the program and decided to resurrect the Gala in all its glory by hosting an evening affair in early December that also served as a grand kick-off to the Holiday season. The reviews were tremendous and the excitement ran high. As 2014 dawned, the Chapter looked at what and why it had worked so well and used that to create an even better event in 2014, bringing together a more diverse group by attracting agencies and organizations that had never participated in the past. The Chapter didn’t look back to see what had gone wrong, but what had gone right in 2013 and capitalized on the results in 2014. We can’t wait to see what’s in store for 2015.

So my advice is to not reflect on the negatives of the past year. This doesn’t mean you should ignore those failures, just don’t dwell on them. Instead, look at the positives and build from there. By doing so, those negatives will fall away and before you know it, you’ll have accomplished your list in ways you didn’t imagine.

After all, charging into the New Year full of vigor on the heels of your 2014 successes is far better than limping into it with a long list of longings and if-onlys for 2015.

What was your biggest success of 2014? Tell us at info@marinermanagement.com.

« Mild musings from the front desk…
Engaging Your Team in 2015 »