Is it time to clean up? 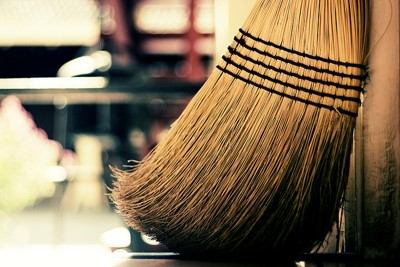 On the final day of May with one signature Maryland Governor Larry Hogan rescinded 72 executive orders issued by previous administrations over the last 46 years. My response was “say what?” so I kept reading.

And then other shoe fell. Turns out more than half dealt with boards or commissions that have not met in years, and another one-third have been superseded by legislation or executive action, contained expired sunset provisions or survived after the event for which they were issued. So the clean-up was actually overdue.

As I was still shaking my head over these, I wound up on a call with a client who was frustrated by their associations outdated rules including a few items in the bylaws which dictated details like the date for the annual business meeting. Later, we were talking about a chapter audit committee for a national association what was started to address an issue which needed a fresh look at a policy and once the work was completed rather than sunsetting, they searched for something else to do which has since resulted in another layer of bureaucracy costing each chapter big dollars. Sounds like one of Maryland’s unneeded commissions outstaying its need.

I remembered the quote from Governor Hogan: “Our administration is focused on creating a government that works for the people instead of the other way around. [this] demonstrates our continued commitment to modernize and streamline Maryland state government.”

Imagine if we in associations would conduct this same clean-up. We would begin with the focus on how we can work for our members and the profession or trade, instead of for the association and the board. What if we would sunset committees that are no-longer needed or effective? What if we took bold steps to streamline our association and its governance? What if we could update or remove policies that amount to checklists which made sense in a non-digital age. What if we streamlined our bylaws?

Sure it would take time and effort and, in our world like Hogan’s, careful politics – but getting to good governance and an association that works for members, isn’t it time for a clean up?