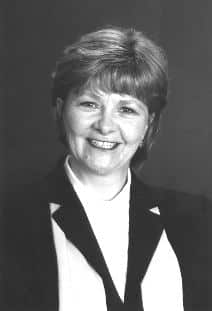 Our next volunteer took on a monumental task when she agreed to spearhead a project launching her professional association into the future. Kathy J. Berkowitz, APRN, BC, FNP, CDE, Senior Medical Science Liaison for Amylin Pharmaceuticals, Inc., volunteers with the American Association of Diabetes Educators (AADE) where she facilitates change in order to advance the Diabetes Educator profession, and with the Diabetes Association of Atlanta (DAA) where she helps those with Diabetes and their families.

I became so engaged with the association (AADE) because the diabetes educator is a relatively new profession, and as we learn more about Diabetes as a disease and the importance self-management plays in terms of the health and longevity of the individual living with the disease, the more important the role of the diabetes educator has become.

Kathy first became involved with AADE in 1985 when she and several colleagues came together to form the Greater Atlanta Association of Diabetes Educators (GAADE), a local chapter of AADE. She was especially encouraged by a friend with Type1 Diabetes who served as the first chapter president. Kathy’s initial intent was to just help out as a way to support the new president and stay abreast of advances in diabetes care and education. But before she knew it, she was far more engaged in the chapter and in 1989, served as the GAADE president.

During this time, Kathy also shared the host committee duties for AADE when it was located in Atlanta. This was just the beginning of her rise on the national stage, and after chairing several national committees, Kathy soon found herself on the Board of Directors. She has since served as AADE’s vice president, president-elect, 2001 president, and past president.

But it didn’t stop there.

Two years ago, Kathy was asked to lead a project/work group called the Member Affiliation Initiative, which laid the ground work and eventual launch of the My AADE Network, a centralized resource designed to help build and nurture the members’ professional development and relationships. It was not a painless task, but Kathy felt strongly about the objective saying that she agreed to lead the restructuring because she believed that the association—and she points out that it’s the only association that solely represents the diabetes educator— needed to make changes in order to remain a strong and viable organization for the profession in the future. Diabetes has grown into a major epidemic throughout the world, and educators are taking on more responsibility in not just educating the patient, but also working as team partners with physicians and other health care professionals.

Kathy knew the restructuring would be a tough road, and that taking on this mission was an enormous task. AADE had tried to restructure the chapter in past while she was on the board of directors, but was unable to because many members were uncomfortable with the changes. Despite these past set-backs, Kathy remained committed and had long ago decided that if the association ever reached out to her, she would be happy to help. She admits it has been a long two years, but truly worth it. “One member asked me at the leadership conference in September if I thought it [the restructuring] would be so hard, and I said absolutely I did, but that was okay.”

Kathy firmly believes the restructuring will benefit the individual diabetes educator by allowing them to become more engaged at the local and national levels. One of the key elements of the change is that not only will AADE be able to communicate more directly with its members, but educators will be able to communicate more easily with each other. They will be able to exchange best practices as well as share educational tools and other resources, and learn to use technology to their advantage. Along the way, many have had to learn to embrace the changes especially because of the technology involved, but Kathy believes that it will benefit the profession in the long run. The results are beginning to show…

What has really helped keep my enthusiasm up is when people have the AHA moment, and they get it. They’ve allowed themselves to put aside their fears for a moment to really look at the model and see the advantages it will bring, then to stand up to their peers and say, we do need to change.

And these moments are happening more and more!

So what will Kathy do now that My AADE Network is in full swing? Never able to rest on her laurels, when 2011 AADE president Donna Tomky asked Kathy to chair the 2011 annual meeting to be held in Las Vegas in August, she said yes yet again. Kathy was especially honored to find that Donna considers her a long-time mentor. We can certainly see why!

To round it all off, and because of her dedication to helping those with diabetes and their families, Kathy also serves on the board of directors with the Diabetes Association of Atlanta (primarily funded by the United Way of Metropolitan Atlanta, Inc.). The main mission is to support individuals who fall through the cracks of a traditional diabetes education program (unfortunately, many heath care programs don’t support educational programs). For example, DAA reaches out to senior centers providing education to those without access, and helps obtain funds to provide medications and supplies to many others. She has also chaired several committees continuing to offer her support and experience.

Taking a deep breath (one she rightly deserves!), Kathy finished with these words…

The reason I’ve been at it for so long is that I feel that I do get back more than I give. As much as I have done, it’s about the rewards and the friendships I have developed over the years. When I go to the annual meetings, it will be the only time that I see certain people all year long, but we just reconnect. It’s the camaraderie and the networking. After all, we all share a common goal. I don’t this is terribly unique, but I think it’s these threads that run through every volunteer.

« Mission accomplished? Three Views of Volunteering.
A couple of Associations did hear about National Volunteer Week »